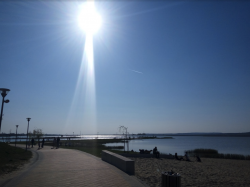 I got an invitation to the ESN SZIE team building to get closer with the other sections.
In the upcoming story, there will be 3 teams and the judges. The 3 teams are Yakuza, Russia and Gangsters. The judges are the italian maffia, aka the SZIE (Szent István University) board members.

I had a class in the evening, so I had to travel to Velence alone, and nobody told me anything about the place I was going…

After I arrived, I opened the GPS and tried to find the place through a map what I got before, but I started to walk to the other direction of course..

After 30 minutes, I finally found the camp, and the fun started…

Zsozsi and Gergő were waiting for me at the entrance, and they said I can decide that I want to be in the Yakuza team or in the Russian team, but of course I choose the Yakuza. In the team there were 5 members who started the ’job’ already. I pretty much felt like an outsider for first, but then we got on well with the others. Our task was to create a flag, a team slogan and a dance to show to the Maffia.

The Maffia decided about which team starts the show, and of course it was us.
We had to show them our flag and shout out the slogan, so then we could get some points in the game. In the next minutes we could see the other team perfomances as well, then the Maffia said that they will want to see our dances some time during the night, so until then we had some free time. In that break we practiced our beautiful japanese dance for a while, and also got to know each other a little better.
Later that night everybody finished their performances, so all of us got 30 points for our performance.

Saturday – The war begins and ends

The alarm clock was ringing at 8 am, so we knew that the first unknown fight starts soon.
The command from the Maffia was to wear white shirts and sporty clothes during the morning. I wasn’t really well prepared for the weekend, so I totally forgot to bring white shirts, and also slippers and towel..

We went to the field without any expectations, and then we saw the coloured waters and the „weapons”. Our task was to shoot the drawn squares on the enemy’s shirts. Our team was pretty good, so at the end we got the most points.

The Maffia said we should keep our dirty clothes on, because 2 more fight was awaiting for us.

After having breakfast, we had our first little team building session, which was practicing speech. One by one we had to talk about different topics, and after that the audience could judge our speech, so we could learn about our problams, while having a speech.
It was useful, and I think we could also get to know each other better.

During the day we had a fight,  and this time our team failed pretty fast. The teams had to steal the other team’s flag, and also use the waterguns. Even if we lost, still the yakuzas had the most point, so we were not worrying at all.

Later on we had another game. It was a roleplay about how ESN is built up, and clear out the positions in it. Everybody got a task, and we had to convince the others in our group to put our task into practice.
After this we had a one hour workshop. The teams divided into 2 groups. My workshop was about the personality types, and that how these personality types work in different situations.
Everybody had a pair, and we had to make a conversation about different topics as different personalities. This practice could show us how to manage our manner in different situations.

We had a pretty long break time after the workshops. Most of the people were just sunbathing, or sleeping, but me and some of the people wanted to see the Velence lake.
We had 1 hour to go there, and it was really really nice! The weather was beautiful, and the lake was so peaceful! We took some pictures together, and then went back to the camp, because our dinner and the last fight was awaiting.

The last fight was nerve wracking. But the 3 teams made out a plan, and that plan was to fight against the Maffia, not against each other.
We started the fight, but this time not just with waterguns, but waterballoons too, and the attacked the Maffia, and it turned out that they were prepared, because they made a lot of water balloons too. After all, we defeated the Maffia, so the war was over, and everybody was wet and colorful.

The war was over, but we still had a pub quiz coming up, which decided the total winner of the game.
We had time to shower, and then had to dress as in the first day, so we had to take on our yakuza dress, and show our yakuza dance once again.
The pub quiz was quite long, but it was fun, and at the end, I got the second place, and our teammate got the first place, so we were sure about winning the whole game.
But the Russians and the Gangsters rebelled against us, so they got each others points, and powers, so at the end there was no winner. They probably knew that we were winning, so they had this as the last chance.

To close the day, we had a party during the night. The next day everyone went home after having breakfast.

Ps.: I’m thankful for ESN SZIE, and ESN Obuda for the opportunity, and that they made this happen. Thank you!